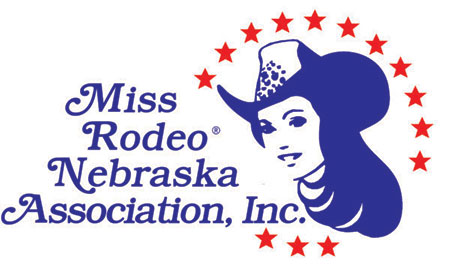 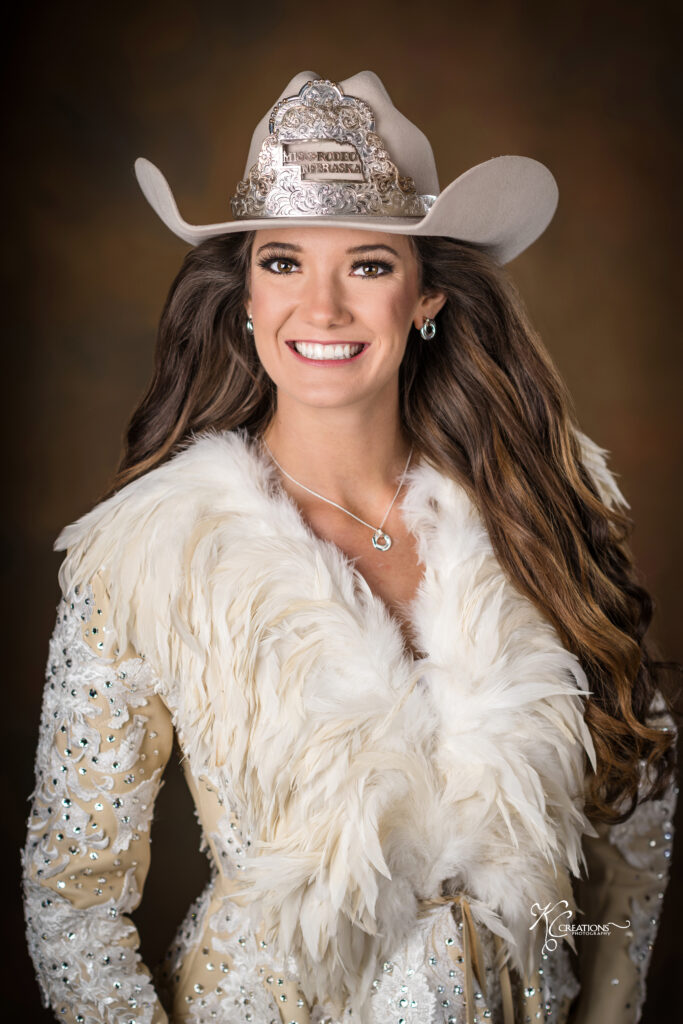 Miss Rodeo Nebraska 2022 is Bailey Lehr. Bailey is the 21-year-old daughter of Lance and Joan Lehr. She hails from Columbus, NE, where she grew up farming and ranching. She also enjoys working at her family truck stop, T-Bone. Bailey is working to get her Bachelors degree in Agricultural Business at Chadron State College. She has hopes of becoming a livestock buyer and continuing to work for her family. Away from the farm, she enjoys riding horses, eating sushi, and going for long walks with her dog Lil Debbie.

For more updates and photos from Bailey’s reign, visit our social media pages! 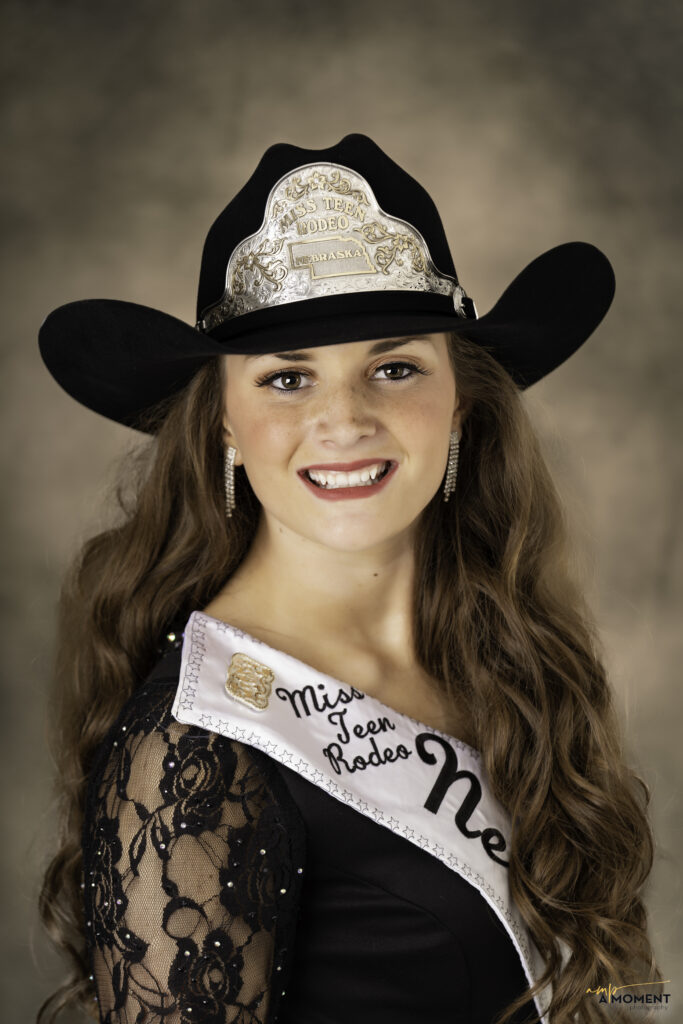 Miss Teen Rodeo Nebraska 2022 is Calie Troyer. Calie is the 17-year-old daughter of Yvette Troyer and Kyle Troyer from Hershey, Nebraska. She attends Hershey Public Schools where she will be a senior this fall. Calie is involved in dance, one-act, FBLA, speech, National Honor Society, and Teammates mentoring. She is on the high honor roll. Calie is Active in 4H and has served as Co-president of the 4H council. In her free time she likes to be with her friends, family, and animals. After high school, she plans to pursue a degree in pediatric’s. Calie is excited to represent the state of Nebraska.

Photo Courtesy of A Moment Photography

The mission of the Miss Rodeo Nebraska Association is to produce a quality state pageant to select and crown MRN and MTRN to be official ambassadors who will promote Nebraska, professional rodeo, and our western values and lifestyles.

The concept of Miss Rodeo America was developed in 1955 by a group of gentlemen under the name of International Rodeo Management (IRM).

The same year, the town of Burwell, Neb. selected its first Miss Rodeo Nebraska: Dallas Hunt George of Lincoln, who held the MRN title in 1955 and 1956.

She won the regional title in Omaha at the AK-SAR-BEN Rodeo in 1956 and went on to compete and win the Miss Rodeo America title in 1957.

The MRN Pageant has continued every year since its humble beginnings. The goal of it is to select a young lady with the desire and enthusiasm to serve as a goodwill ambassador for the sport of rodeo and the state of Nebraska.

In 1991, after Burwell had hosted the pageant for 36 years, the pageant was moved to North Platte so it could be presented in conjunction with Nebraska’s official state celebration, NEBRASKAland DAYS and the PRCA Buffalo Bill Rodeo.

Also in 1991, NEBRASKAland DAYS started a tradition of presenting a $1,000 scholarship to newly crowned MRNs. The MRNA Scholarship Program has continued to grow and now awards more than $5,000 in scholarship money.

In 2000, the pageant schedule was changed from three days to four days. In 2006 the Miss Rodeo Nebraska Association, Inc. expanded its program to include the Miss Teen Rodeo Nebraska Pageant.

Save the Date for the 2023 Miss Rodeo Nebraska Coronation! 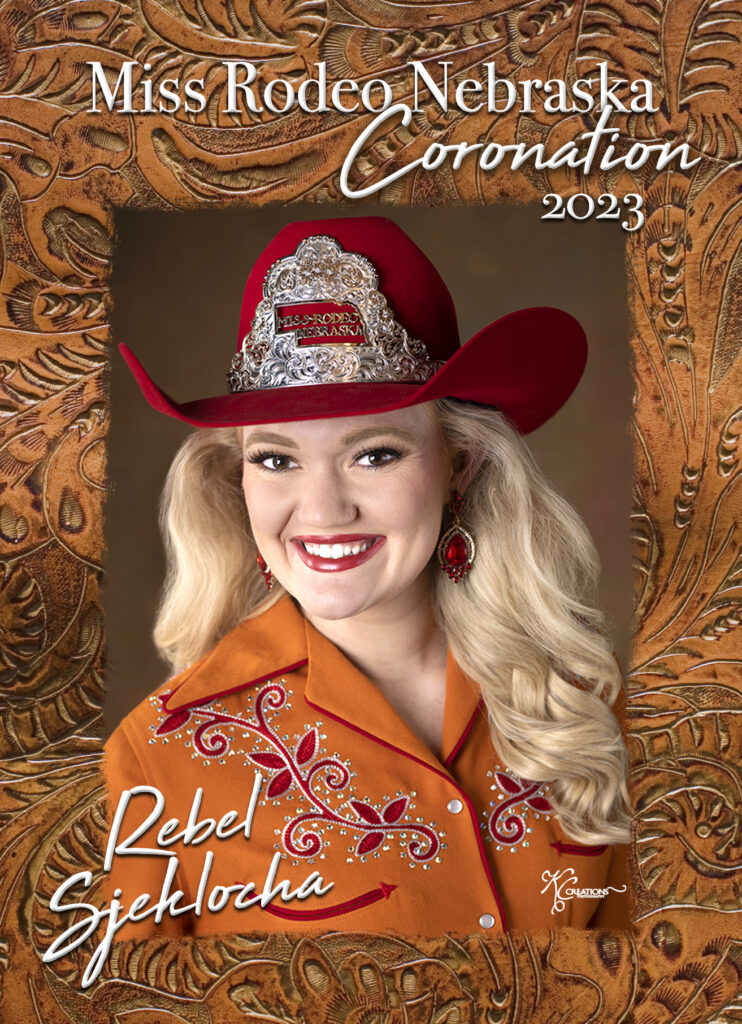 Join us for the official coronation of Rebel Sjeklocha, Miss Rodeo Nebraska 2023!
When: January 7, 2023
5:30pm Social Hour
6:30pm Dinner and Coronation
Where: D&N Event Center – North Platte Nebraska
What to expect:
– Meal prepared by NEBRASKAland Days Board
– Live music by Josh & Jacob Cox
– Silent & Live Auction to cover travel expenses throughout the year
PURCHASE TICKETS HERE:
http://mrn2.betterworld.org/…/miss-rodeo-nebraska-2023…
or by emailing missrodeonebraska2023@gmail.com with the number of tickets you would like to purchase!
Tickets:
$40 – Adults
$30 – Queens and kids 6-12 (5 & Under Free)
See you there! 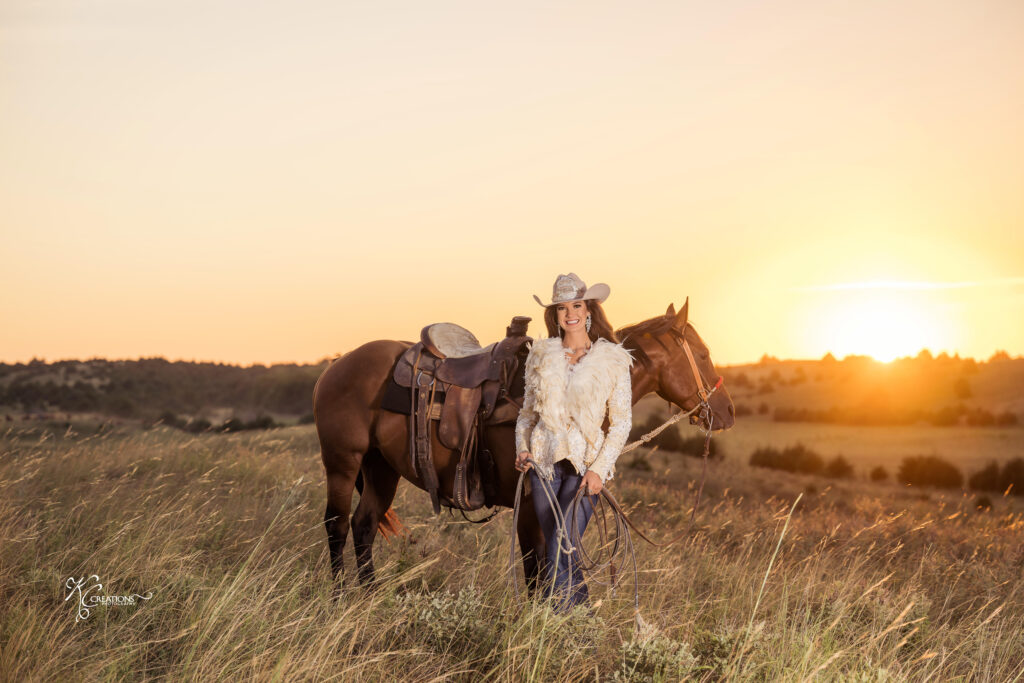 Sjeklocha Claims Crown and Over $14,000 in Scholarship Funds 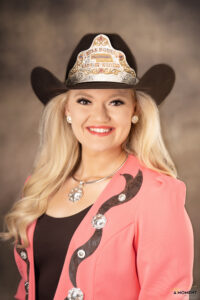 Crowned during the first performance of the Buffalo Bill Rodeo in North Platte on Wednesday, June 15, Sjeklocha, 21, of Hayes Center, will serve as Miss Rodeo Nebraska 2023. Sjeklocha was the lone competitor for the title, however, she had to achieve 75 percent of the past three winners scores to take the title and category awards. She is the second woman to win both Miss and Teen titles, as she served as Miss Teen Rodeo Nebraska 2018.

By earning the category awards and title, she will receive over $14,000 in scholarship funds that includes a two-year, renewable full tuition scholarship to Mid-Plains Community College at the conclusion of her reign. Numerous other prices such as a tiara, saddle, buckle, chaps, tack and jewelry were awarded by the sponsors of the program.

Sjeklocha will serve as Lady-in-Waiting until January 1, 2023, gathering sponsors and filling in at rodeos the reigning queen, Bailey Lehr of Columbus, is not able to attend. At the completion of her reign, she will compete for the coveted title of Miss Rodeo America 2024.

Sjeklocha is the daughter of Rusty and Susan Sjeklocha. She is a recent graduate of the University of Nebraska Lincoln where she received her Bachelor’s Degree in Agricultural and Environmental Sciences Communications with minors in Law and Business and the Engler Entrepreneurship Program. Throughout college, Sjeklocha was a competitive member of the Husker Equestrian Team, the president of the CASNR student advisory board, and very involved in other on-campus organizations. She is the host of a western lifestyle podcast called “Breaking the Barrier,” and enjoys all things media and communications. In her spare time, she enjoys singing, playing the guitar, and writing cowboy poetry. 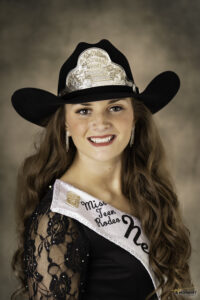 Troyer of Hershey, NE took home the title of Miss Teen Rodeo Nebraska 2022. She is the 17-year-old daughter of Yvette and Kyle Troyer. Troyer attends Hershey Public Schools where she will be a senior this fall and is involved in Future Business Leaders of America, dance, One-act, speech, National Honor Society, and Teammates. She is active in 4-H and has served as both the secretary and president on the 4-H Council. Troyer is active within her church community and volunteers time to help in her community. She wants to pursue a degree in pediatrics after high school because of her love for children.

Help your Lil’ Cowgirl practice for the upcoming performance at the Style Show with this instructional video.

The contestants will compete in the categories of horsemanship, appearance and personality. Three judges will review the performance and knowledge of each of the ladies. 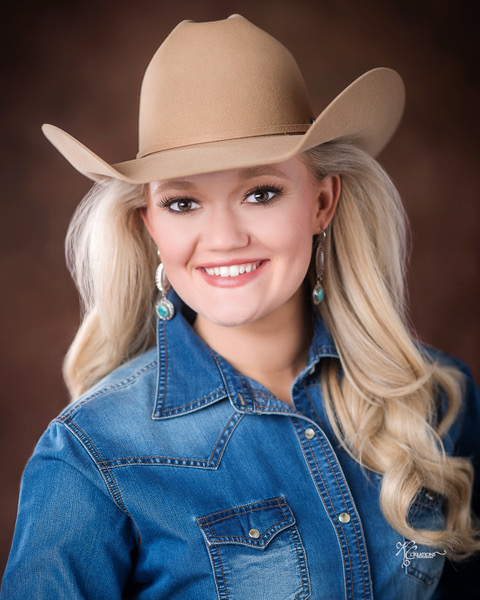 Rebel Sjeklocha is the 21-year-old daughter of Rusty and Susan Sjeklocha. She hails from Hayes Center, NE. Rebel is a recent graduate of the University of Nebraska Lincoln where she received her Bachelor’s Degree in Agricultural and Environmental Sciences Communications with minors in Law and Business and the Engler Entrepreneurship Program. Throughout college, Rebel was a competitive member of the Husker Equestrian Team, the president of the CASNR student advisory board, and very involved in other on-campus organizations. She is the host of a western lifestyle podcast called “Breaking the Barrier,” and enjoys all things media and communications. In her spare time, Rebel enjoys singing, playing the guitar, and writing cowboy poetry. 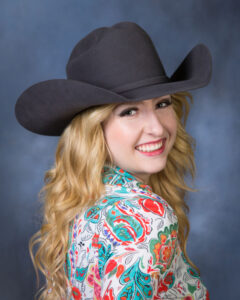 Hannah Siwinski is the 17 year-old daughter of Michael & Sherry Siwinski of Central City. She will be a senior this fall at Palmer Public Schools. Hannah has been active in the 4-H Horse program for 11 years. She enjoys FFA, 4-H, being a Merrick County 4-H Ambassador, Rodeo, raising and showing American Quarter Horses, archery, playing board games, and spending time with family. She competes in horse judging and quiz bowl, designs and makes her own unique line of western earrings, and breaks and trains her family’s young horses. Hannah loves to make others smile and laugh every day. 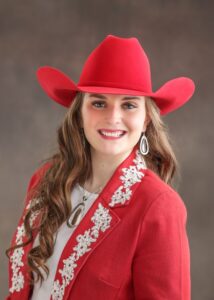 Calie Troyer is the 17-year-old daughter of Yvette and Kyle Troyer, from Hershey, NE. Calie attends Hershey Public Schools where she will be a senior this fall. Callie is involved in Future Business Leaders of America, dance, One-act, speech, National Honor Society, and Teammates. She is active in 4-H and has served as both the secretary and president on the 4-H Council. Calie is active within her church community and volunteers time to help in her community. Calie wants to pursue a degree in pediatrics after high school because of her love for children.

In addition, the age requirements for the Miss Teen Rodeo Nebraska pageant were also adjusted to reflect the best opportunities for our competitors.

Contestant must not be less than 15, nor more than 18 years of age by the first day of the pageant as you compete for Miss Teen Rodeo Nebraska.

Please reach out with any questions to our Executive Board Members or Pageant Chair Cindy Petersen.

NORTH PLATTE, NE – Joeli Walrath of Ashton, NE, finished as third runner-up at the 2022 Miss Rodeo America Pageant in Las Vegas, NV. She served as Miss Rodeo Nebraska for 2020-2021 and competed in the eight day contest at the South Point Hotel and Casino.

The Miss Rodeo America Pageant is held in conjunction with the Wrangler National Finals Rodeo. Contestants are judged in three main categories – horsemanship, personality and appearance.

When asked what her favorite part of the pageant, Walrath stated, “All the early mornings and late nights are so extremely worth it. Just to be standing on this stage is a dream come true for every single one of us. We have all talked about our journeys getting here, dreaming of the Miss Rodeo America crown and state crowns, so just being here and being able to represent the great state of Nebraska and having my support system here the entire time. Thank you all for getting me here, and I appreciate all of you.”

Walrath received a $6,000 education scholarship from the Miss Rodeo America Foundation, a Top Five Buckle from Montana Silversmiths and other prizes.

Hailey Frederiksen of Colorado received the honor of being crowned Miss Rodeo America 2022.

Join us January 8, 2022 in Columbus, NE to celebrate the Coronation of Bailey Lehr as Miss Rodeo Nebraska 2022. Please RSVP by December 17 to baileylehr@hotmail.com. 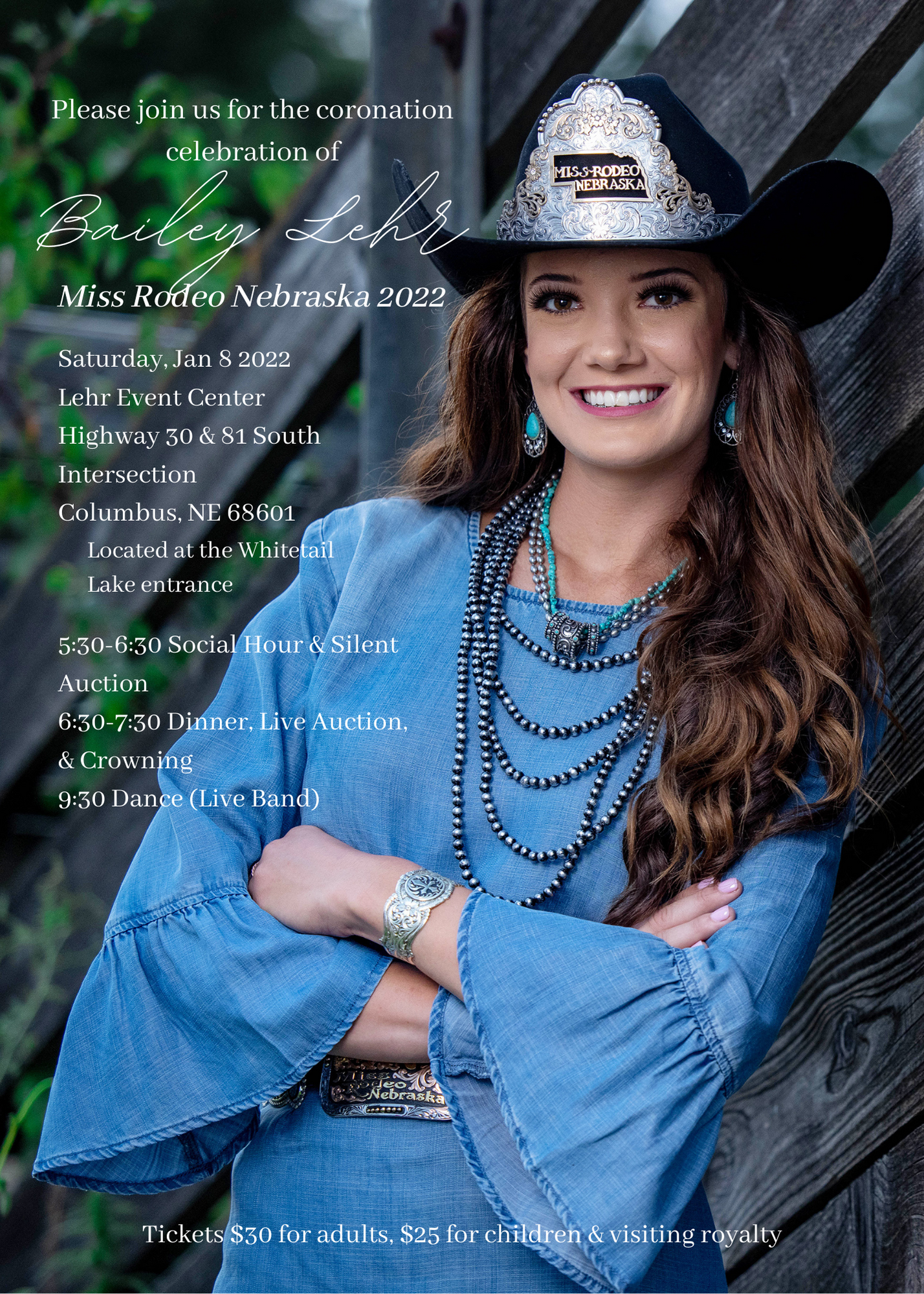 The Sponsors of Miss Rodeo Nebraska 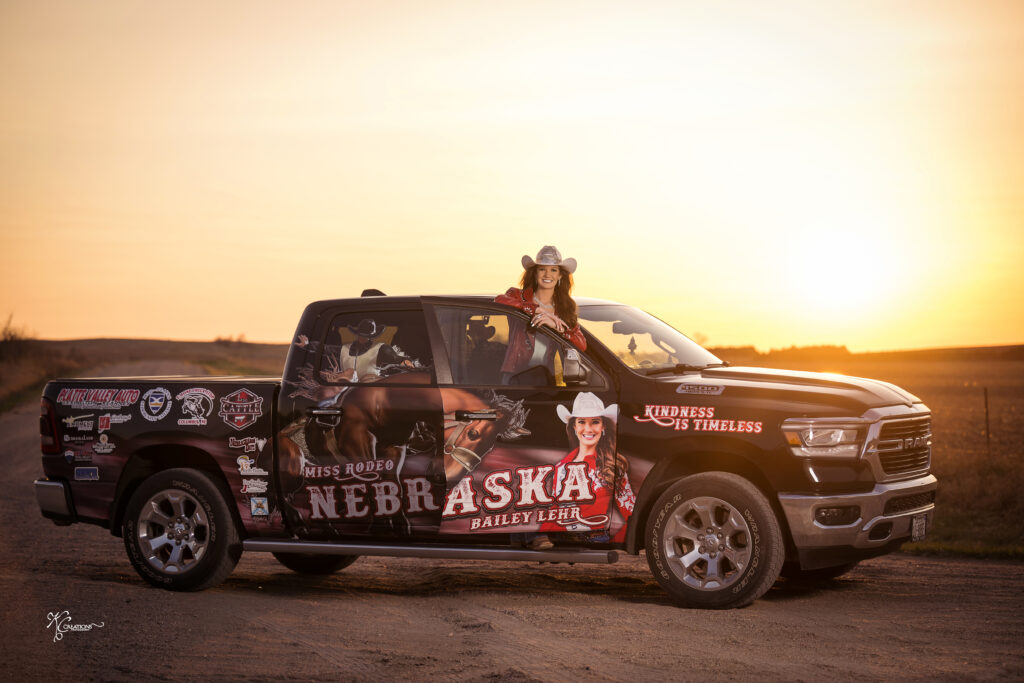 We are so grateful to the many gracious sponsors who make the Miss Rodeo Nebraska program possible. We couldn’t do it without you! For more information about sponsorships, or to learn how to become a sponsor, contact Lacey Williams at laceyjane20@gmail.com, or Peggy Moorhead at moorhead@hersheytel.net. 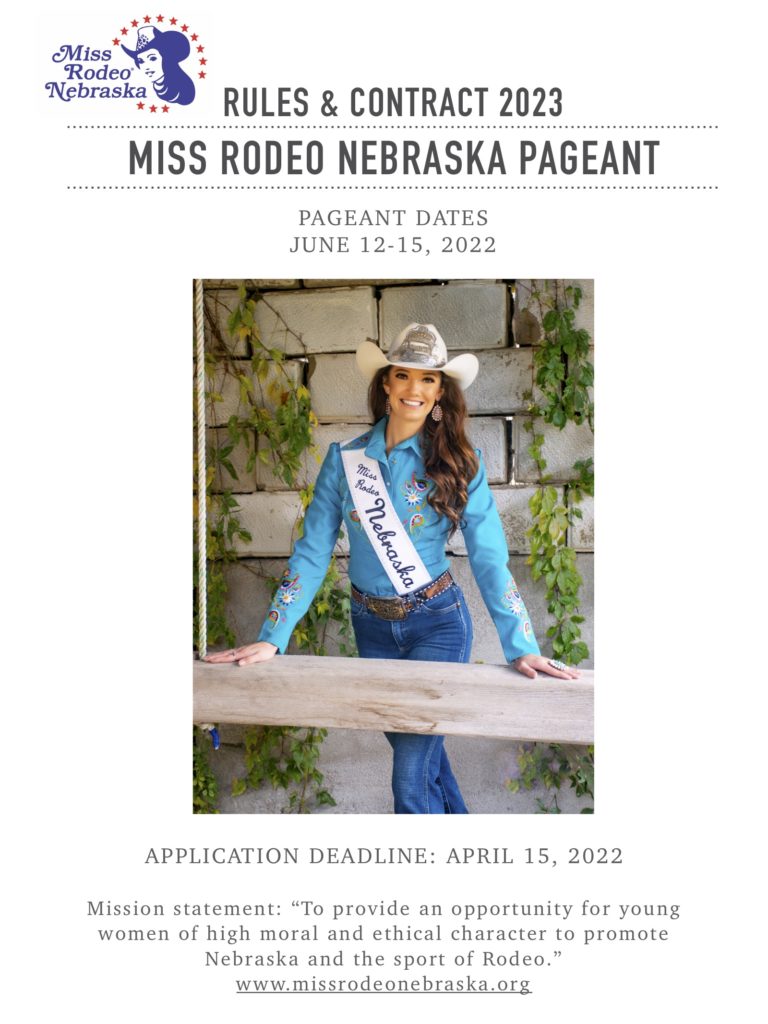 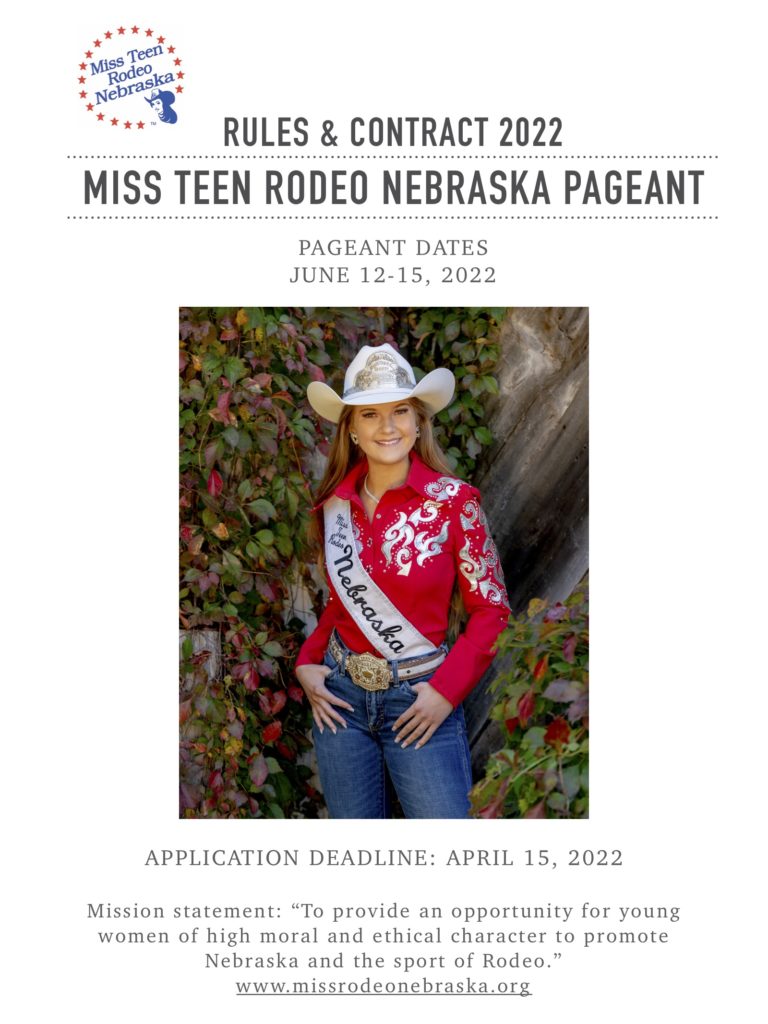 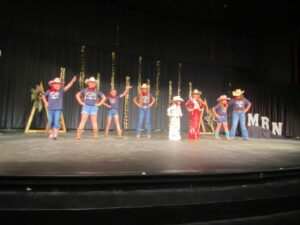 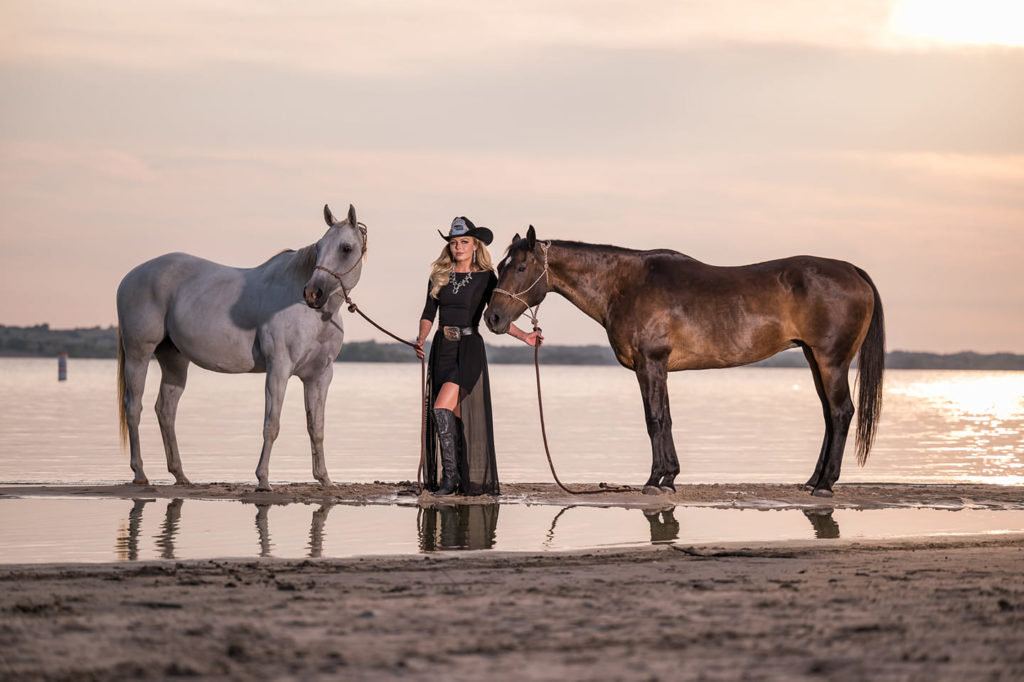 Their reigns may be over, but our former Miss Rodeo Nebraskas and Miss Teen Rodeo Nebraskas will never be forgotten. Click on the links below to see photos of previous leading ladies.